Elephants usually live in the savannahs, forests and deserts, and have distinctive features such as their tusks, trunks and large ears as an adaptation to these environments.

The trunk of elephants has evolved from the fused muscles of their nose and upper lips, and contains up to 150,000 separate muscles. These muscles provides flexibility and motion for such functions as feeding and grasping objects. It also provides strength to the trunk, allowing it to lift substances that weigh up to 350kg. The trunk is also capable of holding up to 10L of water. The trunk is useful for spraying water all over the body of the elephant as a means to cool down, or to spray sand over the skin after a bath so as to protect the skin.

The trunk is covered with fine sensory hairs. This provides a sense of smell that is four times as sensitive as that of a bloodhound. This allows elephants to locate water sources and to sense the reproductive state of other elephants over long distances. Thus, elephants are able to locate prospective mating partners in the vicinity.

The tusks grow at a rate of approximately 17cm a year, and therefore the length of the tusk can serve as an indicator of an elephant’s age. Two-thirds of the tusk are visible on the outside, while the remaining one-third are hidden within the skull. Elephants can be either ‘left’ or ‘right’ tusked in a way similar to the way humans are left or right handed. The dominant tusk is generally more worn down than the other tusk.

The tusks are generally used for digging to locate water sources, removing the bark from trees, carrying heavy objects and as a weapon for attack and defense. 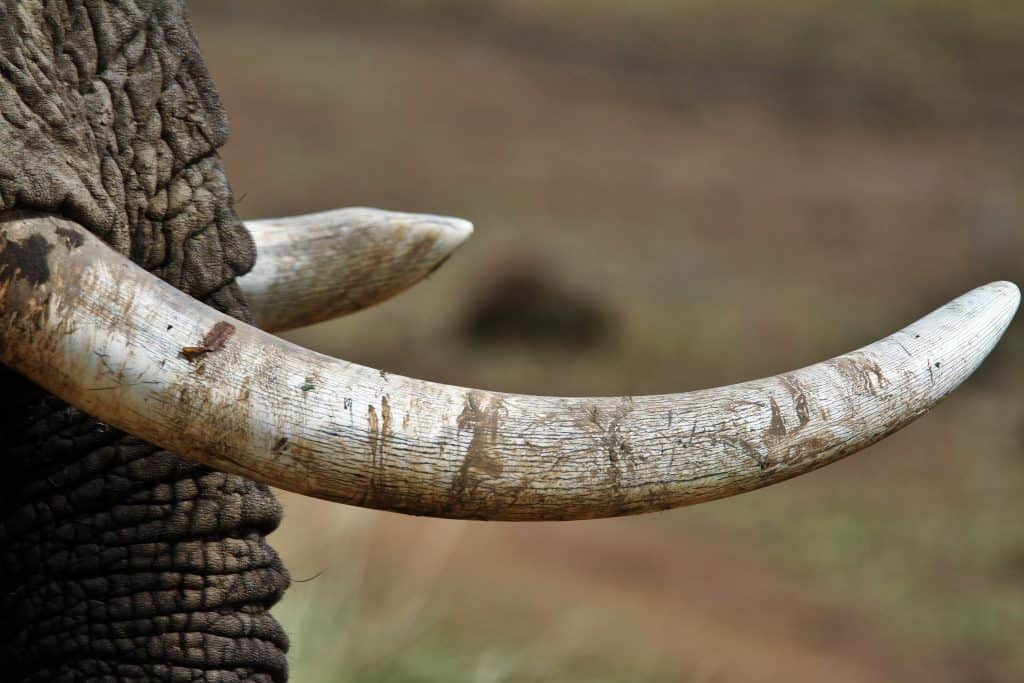 Another distinguishing feature of elephants is their large ears, with the ears of African elephants being at least 3 times as large as that of the Asian elephant. This enables them to hear sounds of very low frequencies (far below the hearing range of the human ear). These low frequencies enable elephants to communicate over large distances, e.g. to signal impending danger.

Their ears are also used to regulate their body temperature, as the ear flaps contain multiple blood vessels. Excess body heat is released into the environment when blood flows into these capillaries. Elephants flap their ears to enhance this process in two ways, by moving the air over the elephant’s body, and by cooling the blood circulating through the veins. This helps to lower their body temperature by up to 10 degrees celsius.

The ear folds of elephants also increase in size with age, thus serving as another indicator of an elephant’s age. 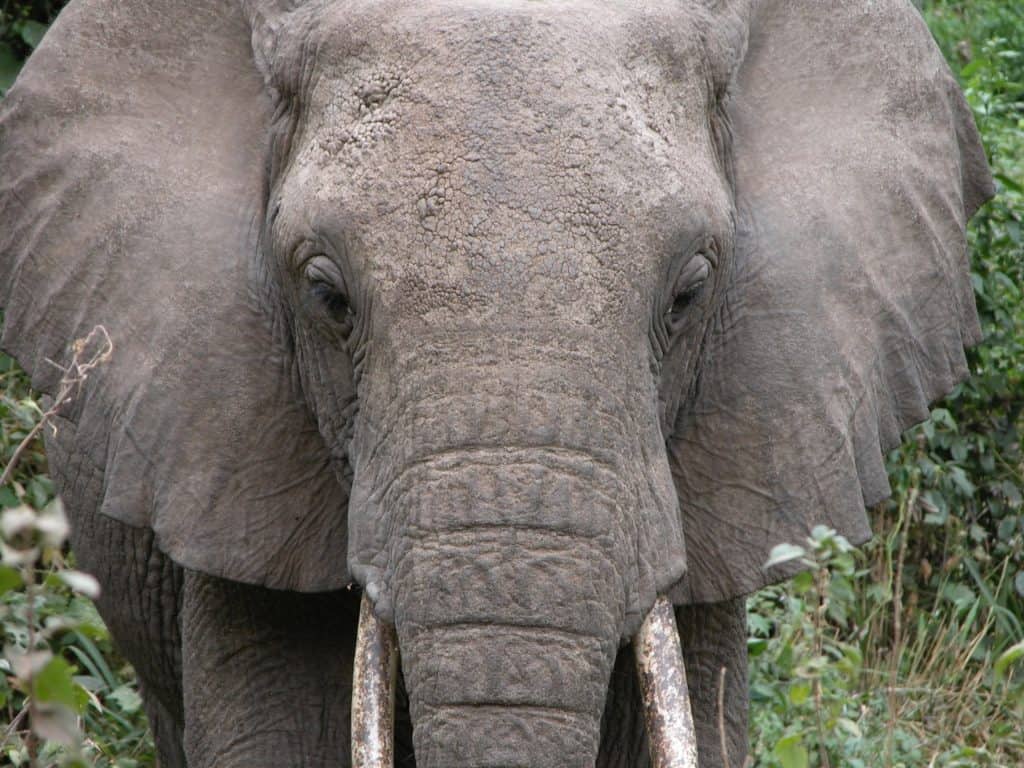 The skin of elephants have a rich nerve supply and are therefore highly sensitive. Thus, it is usually covered in dust, soil or mud to prevent insect bites, moisture loss and damage from ultraviolet radiation. Elephants lack sweat glands, thus they spend a lot of time in the water or mud as a way to cool down. It was also recently discovered that elephants have ‘hot spots’ that help in heat dissipation. These are small patches of skin distributed around the body of the elephant. By directing their blood supply to the surface of these areas, heat can be dissipated rapidly.

The wrinkles found on the skin of elephants, meanwhile, serve to increase the surface area of the skin such that more of the skin is wet when an elephant is bathing in water. The wrinkles also help to trap the water so that it takes longer to evaporate, thus keeping the elephants cooler for longer than if they had smoother skin. 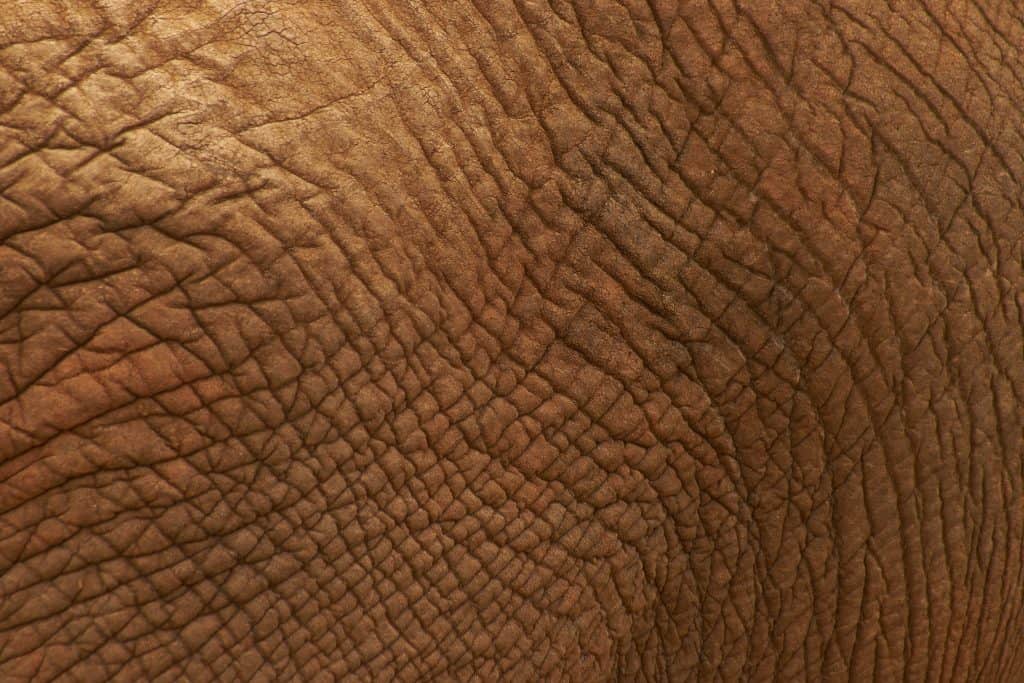 Elephant teeth are the largest among the mammals. How many teeth does an elephant have? They have a total of 24 teeth, which includes 12 molars and 12 deciduous premolars. Unlike other mammals, where the teeth are produced from the top to the bottom of the mouth, elephant teeth move from the back of the jaw towards the front akin to a conveyor belt. As the front teeth are worn through constant grinding, they are replaced by new teeth from the back. Only four molars are in use at any one time. Interestingly, the leading cause of death of mature elephants is starvation as their teeth are worn down and they are no longer able to process any food. 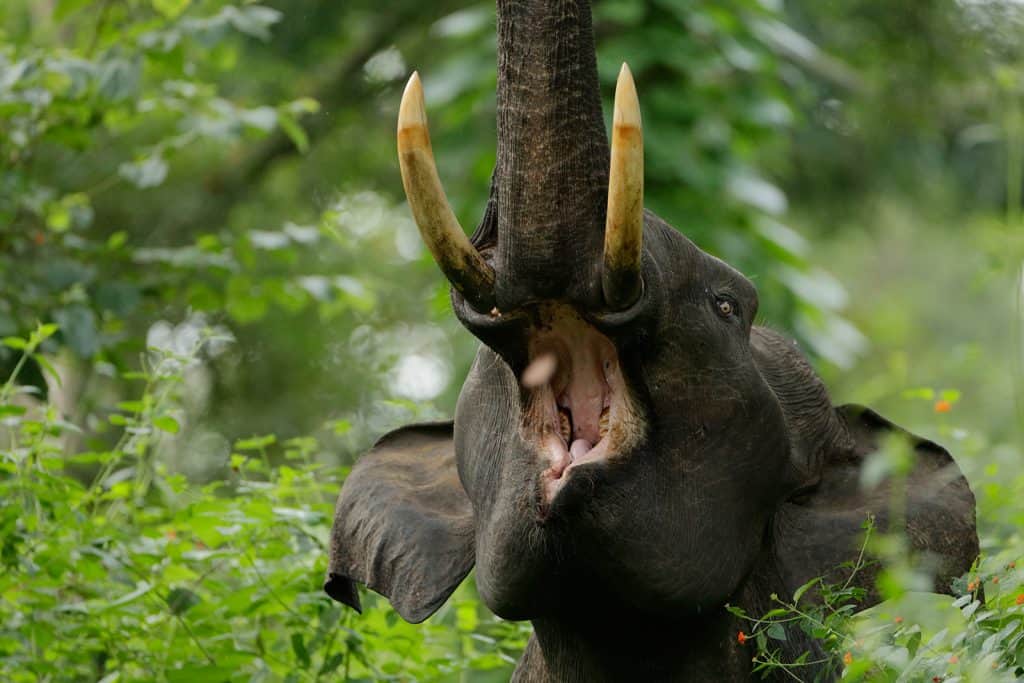