The Asian elephant has a huge body but with ears that are smaller than others. The males develop tusks but the females don’t. They are smaller in overall size than the African elephant species. Full grown males are approximately 12 feet tall and weigh up to 11,000 pounds. The females are smaller by a couple of feet and several thousands of pounds.

The Asian elephant is found in the areas of Sri Lanka, India, and Bangladesh. Due to changes in their natural environment they have been found in other areas including Indochina and Nepal as well as into areas of Indonesia. However, it is believed that there are less than 50,000 of them still in the wild. This is far less than the 400,000 African elephants out there. 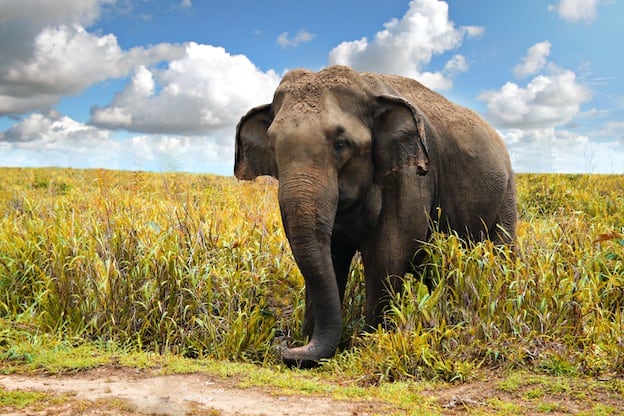 Asian elephants are extremely intelligent animals. They also form very strong bonds among themselves. They migrate to find food in a pattern that is often repeated year after year as long as their habitat hasn’t been destroyed in the mean time. They take very good care of their young and they express a variety of emotions. They also spend a great deal of time playing and interacting with each other.

They are herbivores which means that they consume plant life. They consume extremely large quantities of it, from 300 to 600 pounds a day. The young nurse from their mothers for about the first three years of life. They are also introduced to some plant life during that time. She has to consume large amounts of food daily so that she is able to produce adequate milk.

Mating can take place during any time of the year. Both the males and the females will give off scents that attract them to each other. The females won’t be ready to mate until they are about 14 but many of them don’t do so until they are about 25 years of age. The males generally mate from the time they are 35 to 50 due to the competition out there for the right to do so. 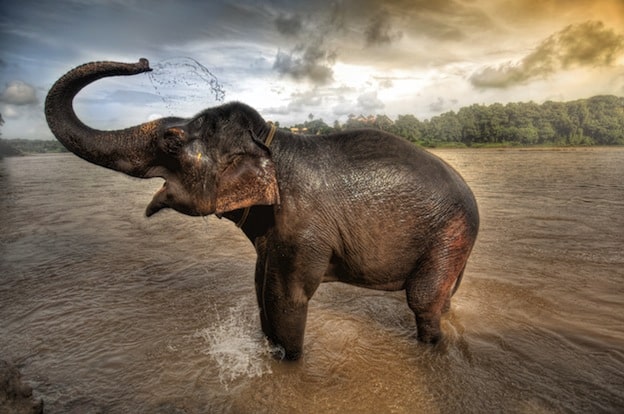 While it is illegal to hunt for the Asian elephant it continues to take place for sport and for the tusks. Due to the males being the only ones with the tusks then there is a problem of good genetics at times for the females to breed with. Protecting the remaining Asian elephants out there is very important for their future. You will find quite a few efforts in place out there among various conservation groups.

The Asian elephant is one that is very domesticated in a variety of ways. They seem to be less aggressive towards humans than the African elephants. They are used by humans daily for working purposes and treated very well. They are also a part of various ceremonies that take place around Asia.

They have been known to destroy villages as well as crops though which doesn’t make everyone in Asia a big fan of them. Many tourists come to see the working elephants in action with the milling business. This tends to draw very large crowds.