The courtship between a male and a female elephant is short lived. They will rub their bodies on each other and even wrap trunks. The females tend to run away from the males and he will have to pursue her. This game of cat and mouse can continue for a very long time before the actual mating does occur.

The male elephants will fan their ears more when they are ready to mate than at other times. This allows them to get their scent out there at a wider distance than before and to attract females that can become potential mates. The older males that are from 40 to 50 years of age are the most likely to breed with the females. The females are ready to breed when they are about 14 years of age.

There is plenty of aggression among the males for the rights to mate. The younger ones though are usually no match for the strength of the older elephants which is why they don’t get to mate until they are much older. This is a fact though that tends to make it harder to increase the numbers of elephants out there. 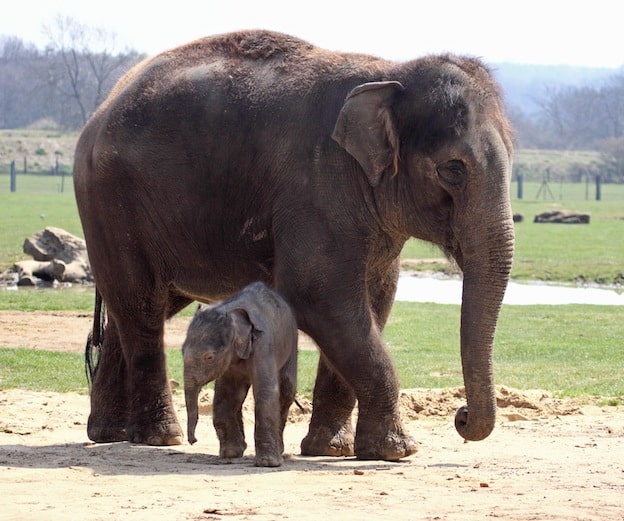 The males rarely hurt each other physically when they are fighting for the right to mate though. Most of the time the younger males will back away from the older ones. There is plenty of speculation that this isn’t out of fear but out of respect and admiration for the elders.

However, there have been documented cases of male elephants engaging in sexual activities on each other due to their urge to reproduce but not being able to do so for a lack of available females to them. This is why most zoos often have a male and a female or two females instead of two males.

Elephants hold the record for the longest duration of time from conception to when they offspring is born. This period is 22 months. They can weigh up to 260 pounds at birth. You do have to admit these young elephants are extremely cute with their long ears and long tails. You may not realize it, but they are blind when they are born.

They are well cared for within the herd of elephants. Their own mother as well as the other females will ensure the baby is well protected. The babies often follow right behind their mothers when the herd is on the move. To ensure they stay where they should their trunk is wrapped around her tail. 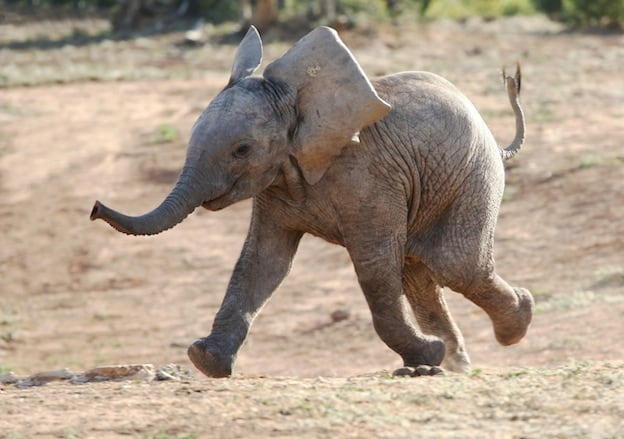 Other females that don’t have babies will care for the young as if they were their own. This is done so that the mothers can feed like they need to in order to produce enough milk for the young. They can drink up to 10 gallons of this milk every day.

It is believed that the offspring of elephants don’t have the same high level of instincts for survival as other animals. That is why they are so reliant upon their mothers and the other females in the herd. They are faster learners though and pick up new skills through observation all the time. They are praised for doing well and can been scolded when they don’t’ follow the rules.

It has been attempted a few times to create hybrid offspring between species of elephants in captivity. All of these offspring have died within a couple of months though due to complications. Most also featured types of physical deformities as well. Most experts believe that with elephant numbers so low we need to focus on successful breeding programs and not experimentations such as these.